Was Launch the right platform to Launch?

While the rest of Silicon Valley is slamming drinks at SXSW in Austin and trying out the mobile app Bang with Friends, I'm sitting in my office thinking about last week's Launch Festival.  Seriously, Bang with Friends?? We decided to launch SocialParent at the conference (full disclosure: I'm an adviser, part-time CFO and investor). 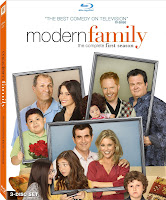 My proposed tagline for the company was "Powering the Modern Family" (with pic below), but the CEO (Reza Raji) shot that one down and reminded me that I was the CFO and not in charge of marketing.  I do love the tv show, but if they all used SocialParent, they wouldn't get involved with nearly as many predicaments as they would be on top of their schedules and where the rest of the family was at any given time.

(For more info download the app or listen to SocialParent CEO explain the service on PandoDaily below).


The founding duo of SocialParent (Reza Raji and Gerry Gutt) were also co-founders of iControl Networks, where I was also an investor and part-time CFO.  We used the DEMO conference in 2005 as the launch vehicle for iControl and got me thinking about how the seed funding landscape has changed in the past eight years.


In 2005, incubators were thought of as either bubble era disasters or university science projects.  The term accelerator wasn't in the vernacular and YCombinator had yet to set their first class free.  First Round Capital (one of the early entrants in the post bubble seed/micro VC funding category) was just getting going and it's primary focus was investing in companies coming out of DEMO.  The term "super angel" had yet been coined, and Naval and Nivi were several years away from sending out the first interesting deals email which ultimately became AngelList.  Demo days were weeks spent hiking up and down Sand Hill Road not a single afternoon when you can pitch to 150 angel investors and VC's.

When we launched iControl at DEMO in 2005, the conference was not the only show in town, but was definitely a big deal.  Investors and press would flock to the desert to see future hot startups unwrap their products and mature tech companies show off their latest and greatest.  It was expensive ($20K+) but no better way to get major mainstream and tech press coverage, not to mention interest from venture capitalists.  6 minutes on stage were truly a CEO's 15 minutes of fame. There was a ton of energy, great networking and the jam sessions were epic!

The next time I went to DEMO was 2010 and it had moved from a nice resort in Scottsdale, to a Hyatt Hotel in Santa Clara, right in the middle of Silicon Valley.  The energy level was much lower, the startups less interesting, and the jam session gone...I've found through the years that conferences are much better when attendees aren't stopping by between the office and meetings.  I wrote a post forecasting the demise of the conference, Are DEMO's days numbered?  I'm surprised it is still around in 2013, but am sure the selectivity criteria has changed to whoever is willing to pay.

The Launch Festival was Jason Calacanis' response to the pay-to-play of DEMO and other similar conferences.  Launch is a bit of an entrepreneurial orgy (not in a Bang with Friends kind of way).  It is held at the San Francisco Design Center (125,000 sf), had over 5,000 attendees, a massive Hackathon up in the loft, demo pit with over 150 companies, and a cavernous hall where the entrepreneurs took to the stage and Jason held fireside chats with a number of interesting entrepreneurs and investors.  I had the opportunity to judge the Hackathon and was blown away by what the teams were able to build over a weekend.  The winning team (WizzyWig) flew in from Pittsburgh and walked away with over $100K in cash prizes!

While the investors and press made up a relatively small number of the attendees, the overall vibe of the conference was great.  One new addition to the conference was a crowdfunding simulation in partnership with MicroVentures.  I imagine the original intent was to make this real, but with the SEC dragging their feet, this provision of the JOBs Act is far from final.  The simulation was interesting, and was glad to see SocialParent finish on top of the leaderboard.

Hopefully, we can turn that fake investment to real financing.  You can watch the real investment meter go up on AngelList

Back to my original question on whether the Launch Festival is the right platform to launch your start-up.  It obviously depends on a number of factors, one of which is timing.  At a conference held once a year, this is clearly important.  For SocialParent, timing was good.  Also, as experienced entrepreneurs, an accelerator program wasn't that appealing.  For many entrepreneurs, you'll get more investor traction and press coverage out of a YCombinator, 500 Startups or AngelPad demo day.

However, I definitely look forward to Launch 2014.  I hear Jason is looking for a bigger venue.  I wouldn't doubt him and perhaps he can even give those folks in Washington a nudge to make the crowdfunding real next year.
Posted by Steve Bennet at 9:06 PM

best blog for this type of feeds..thnx a lot for shairng and helping all with your blog!! God bless you!

Just wanted to say that you have a lovely webpage and beautiful and great stuff... With thanks!

Successful launch for an entrepreneur, nothing better than this.
By the way, we PAK Communications is based on the simple idea of bringing emerging technologies as per business needs. We are security CCTV Camera in Karachi, surveillance and communication solutions provider to business and home consumers.

We also started our journey from zero. We help small businesses and entrepreneurs i.e real estate agents, retail store owners, bakers, etc. schedule their posts about their products on their social media.

You can see our informative blogs also i.e. "How to Create a Killer Facebook Business Page - A Complete Guide.

Just wanted to say that you have a lovely webpage and beautiful and great stuff... With thanks!

Just wanted to say that you have a lovely webpage and beautiful and great stuff... With thanks!
ip cctv camera price in pakistan

Just wanted to say that you have a lovely webpage and beautiful and great stuff... With thanks!
hikvision ip camera price in pakistan