Do Angel Groups Belong in Heaven or Hell? 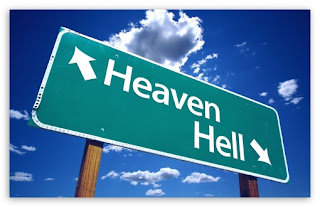 "You analyze me, pretend to despise me,
You laugh when I stumble and fall.
There may come a day I will dance on your grave"
— Hell in a Bucket, Grateful Dead


I attended one of the Grateful Dead "Fare Thee Well" shows in Santa Clara last weekend.  I have always admired the Dead's biz model (sorry Friendster/MySpace/Facebook, The Dead was the First Social Network) and music, although I never became a full fledged Deadhead.  In fact, before this show, the last time I saw them in concert was in 1978! The band closed out the first set with a rousing rendition of "Hell in a Bucket" with Phish guitarist Trey Anastasio energizing the crowd with his licks (pic below). 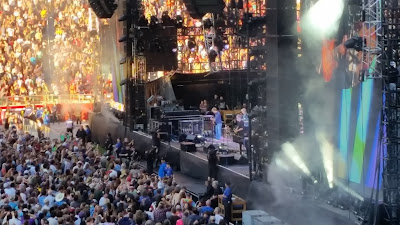 During the set break (perhaps influenced by the large amount of second half smoke consumed), I thought about angel groups in relation to the lyrics above, particularly the "you analyze me, pretend to despise me" line.

In theory, angel groups are great.  From an investors position, you have a number of individuals with a wealth of experience to source, vet, and co-invest in deals.  From an entrepreneurs standpoint, you can get a much larger investment than with individual angels, have potential follow-on support and leverage skills and network of a large investor base.

In practice, it can be much different.  For entrepreneurs, the process tends to be very long with many different players, information requests, and a lack of transparency with the process.  This is the exact opposite of the preferred angel funding round where investors can make a decision over a cup of coffee and a quick "no" is much preferred to a drawn out process.  I often jokingly compare the process of going through an angel group as falling somewhere between a colonoscopy and waterboarding.

A typical angel group process goes something like this:


Based on the above, the process can take anywhere from 45 days to 6 months and suck up a lot of time and resources of the entrepreneur while exposing confidential information among a broad group.  Contrast this process to sharing an AngelList profile or meeting individually with a handful of angels and you can see why many entrepreneurs cross this funding path off of their list.

I joined Sand Hill Angels (SHA) in 2005 and at the time we had 10-15 members vs. close to 100 today.  Decisions could be made faster and investment amounts per deal (counterintuitively) were actually higher.  I took a leave of absence at the beginning of 2012 primarily due to the fact that I felt we weren't serving our primary customer group, the entrepreneurs.  I decided to rejoin at the beginning of this year as I missed hanging out with many of the members as well as the opportunity to be the lead investor in financings, which was something I couldn't do on my own.  I was hoping the process would have improved in the interim 3 years, but discovered it hadn't.

Granted, there were ways to get around the process and I managed to lead two financings this year that were completed in two weeks.  One was a follow-on investment and the other was an opportunity that was closing quickly and I shared with the members, set up a single meeting, and was able to get commitments and fund quickly.  However, these financings are the exception to the rule in SHA and I assume more so in other groups.

By the way, SHA is one of the better angel groups (#14 out of 370 angel groups and #2 in value of network by CB Insights).  Many are filled with service providers looking for consulting work and entrepreneurs only figure this out after they pitch.  Others have the audacity to charge entrepreneurs to pitch to the group!  At SHA, every member is an investor and those that don't invest, are asked to leave the group.  It is also forbidden to solicit work or do side deals with the startups.

So, how can this be fixed?  I've got a few ideas:
I've got plenty more, but this is a good start.  From my vantage point, most angel groups have a pipeline full of mediocre opportunities.  The best ones don't see any benefit in going to the group and the worst get screened out quickly.  There is currently a void in committed lead investors (Hello Party Round) for pre-seed and seed deals and a big opportunity for angel groups to fill this void if they can move quickly.

A parting thought.  It's hard enough to raise money for your startup without having people who don't understand your business pick it apart like a vulture on a carcass. I'd much rather roll the dice with the entrepreneur and laugh all the way to the bank than have a bunch of founders dancing on my grave.
Posted by Steve Bennet at 4:47 PM

I really like your blog for those correct contents you are sharing. Thank you a lot for sharing this put up with us. It become very informative post. I were given an amazing writing ability out of your blog. Your capability to explicit your mind and ideas extra really could be very spectacular.

This text is sensational.