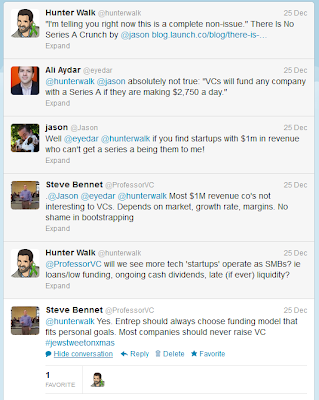 
That advice should work in good times, bad times and all those in between.
Posted by Steve Bennet at 3:36 PM

Such posts give a lot of inspiration.